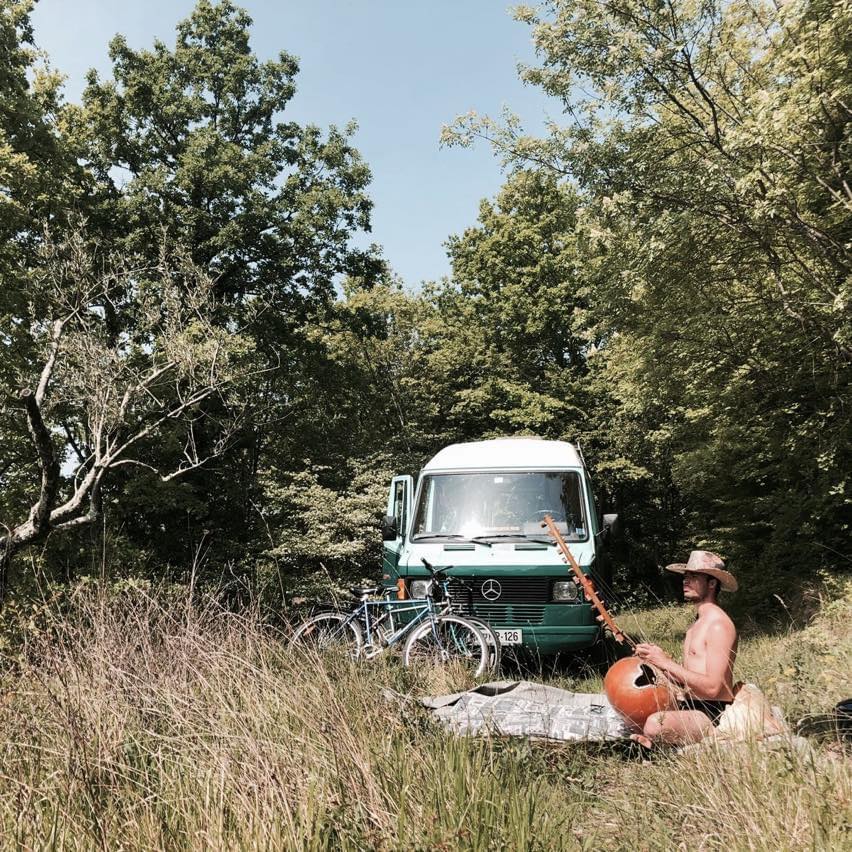 Žan Perko is a musician, performer, bodyworker and dancer.

He finished his Masters degree on impulse, voice and authentic movement in 2016 on the academy for acting in Slovenia. He pursued a career in acting, working mostly on stage, but also doing movies, radio and television projects. in the last years he started creating musical storytelling shows for children and after moving to Portugal he focused mostly on various musical projects. Working as a bodyworker he is inspired by the connection between body and voice.

He collaborated with the Creator’s game movement working on emotional release and liminal states of body/mind observing the invisible strings between movement and vocal expressions.

In the last year he was playing music for contact improvisation retreats of Pedro Paz and other contact events, workshops, jams, creating soundscapes for contact dancers.

Aswell collaborating with Marina Sans with making music for her Watsu training and sessions.

He creates music in the moment using different instruments, looping and voicing. From strings to flutes, didgeridoo and rhythm. Influenced by the musical heritage of various countries he travelled through.